Operation Darknessis a party that was unoffically confirmed on the What's New page on the Club Penguin Rewritten website 11th, December 2017. It will feature Card Jitsu: Shadow, 2 new mascots and a new puffle.

It is set to release February 26, it will be an EPF party where Herbert makes all the penguins on the island sad by painting the island grey. It will have 4 phases.

Herbert is in control of the island.

Sensei opens up the Darkness Dimension.

Darkness Man is defeated and Sensei opens the Shadow Dojo.

The Story is not final, since the party hasn't released

However, his plan fails when Gary gives powers to the play character Shadow Guy, who becomes Darkness Man, and attempts stop Herbert.

The Paint-Bots go haywire and start painting everything they see. Their eyes start glitching, so they can't tell who's who. They start attacking the penguins and climb out of the Crab Cave. While this is happening, Darkness Man is in the Darkness Dimension so can't control the crabs.

While all the other penguins were getting depressed due to the lack of colour, Sensei managed to resist it, because he was already so wise and grey. The Ninja and EPF team up so that Sensei can train the EPF agents to calm them and make them happy. Sensi also does this with DJ Maxx, who helps him. Sensei and Maxx open up a Darkness Portal in the Dojo, which leads the way to the the Darkness Dimension to face Darkness Man. The penguins must defeat Darkness Man in a game of Card-Jitsu to save the island.

This inspires Sensei to open the Shadow Dojo in the Darkness Dimension. 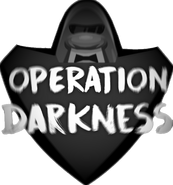 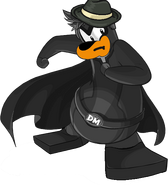 Herbert in this party 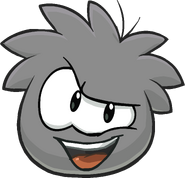